This week at Monday Records; Melbourne producer Pikachunes who’s a fan of hidden messages in songs teased a new demo, Psych-rockers Bin Juice went 2 for 2 with the announcement of another show, and the haunting Sydney project that is Wells returned to the studio. Looking forward to the sex stories that he’ll be sharing! […] Vibe check alert! Similar to the song’s muse, Sydney based rock outfit turned production project CIRCLE has not been seen in a while. After the success of 2012 single Fashion Me A Drum which reached a staggering 180K YouTube views, Circle took an indefinite hiatus to focus on a little thing called life. Fast forward […] 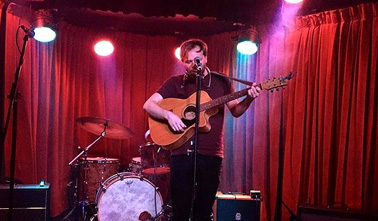 Bin Juice Bin Juice is the band that keeps on giving. After announcing an upcoming show at Manly’s Moonshine last week, the boys have backed it with the announcement of  another night of rock and debauchery, set to take place Thursday July 28th at The Chippo, with supports to be announced soon.   With a […] Holy fuck! Our first weekly drool and The Avalanches just happen to drop one on us. Here’s what we’ve taken serious notice of this week; The Avalanches make a triumphant return with Frankie Sinatra, Tash Sultana’s mind blowing national tour rears its end, Happy’s release of Melbourne rapper NYUON‘s latest track (this guy is going to be […]

on June 1, 2016 Bin Juice and Tags: Bin Juice, Moonshine, The Steyne with 0 comments After joining the Monday fam last month, the Bin Juice boys celebrated with a face-melting headlining performance at The Red Rattler Theatre in Marrickville, featuring the likes of Godriguez, Hunch, Matrick Jones, Borneo and Bustlip. Now the band are gearing up to take over  The Steyne’s all to familiar Moonshine stage on Friday August 12th, with support from […] Dan Shaw, recording and mixing engineer at Enmore Audio has shed some light onto the process of recoding Wells mastermind, Alastair Cairns cover of Lana Del Rey’s Born To Die. Having already reached 12,000 plays on Happy’s Exclusive Tracks, the eerie rendition has given Wells the opportunity to flex his creativity, and the outcome is nothing short of […]